Healthcare and the Impact on the Federal Budget 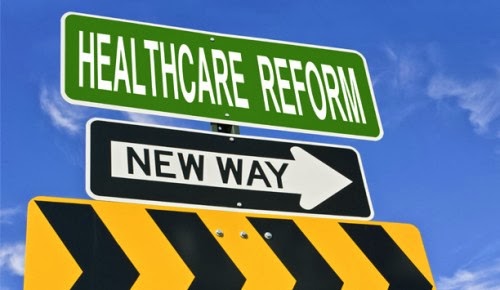 The U.S. Federal Budget has been in the news a lot lately both Republicans and Democrats both showcasing their version of the numbers. How you present the Federal Budget depends entirely on the bias you start with and the point you are trying to make. Therefore I decided to admit the bias up-front and then you can better decide what to do with the data. My bias in looking at U.S. federal spending was the thought that maybe we might be on fire just like the Roman Empire was over 1,000 +-years ago. To be sure, the Roman Empire had many similarities with the modern U.S. Empire - both being Empires built on a combination of clever legal systems, hard-work, confidence, much brutality in military conquest and extensive use of slave labor, coupled with a system of desirable, tempting, and free entertainment to warm the masses to the Empire (think Roman Idol), as well as erratic spouts of helpful assistance to the poor. Certainly also, a widespread Roman currency and trade system, and an extensive taxation and government spending program were just as critical to the success of the Roman Empire, as they are now in today's American Society.

The comparisons of Budgets started with finding a Roman budget at a time around when their leaders stopped being elected and instead were "appointed" and when ancestral lines of Emperors became very popular. So I started with the early Empire days of the 1st - 2nd Centuries AD. The approach I have taken is based on historical data from those days, to calculating the Roman budget in this period. The total Roman budget was about $1 billion sesterces, a common Roman currency that started in the BC years as about 1/4 of the Moneta denarius. These are estimates for the Roman budget in 150 AD broken down into the following expenditure categories. Roman Empire Budget Distribution Source of Roman Data Expense Item Percent Outgo:

Now compared to U.S. Actual Government Spending in earlier years subtracting both Social Security and Medicare, which have been fully self-funded by separate taxes (the FICA taxes) since the early 1980s. Then you subtract interest on public debt for comparison purposes since the Roman Empire did not have a consistent, well-developed system of Sovereign debt issuance like America does today.
Some other adjustments to be made to U.S. Spending were to include Veterans Benefits, Military Retiree benefits and Military Assistance to the Provinces (Countries) of Judaea and Egypt (Israel and Egypt) with Military Spending. The inclusion of benefits to ex-military employees is consistent with the way the Roman data was derived, and the inclusion of military aid to Israel and Egypt was done because these were the two most expensive outer-Provinces to maintain under both Regimes. The following distribution of expenses on a comparable basis can be derived from the full current Budget of the U.S. Government. We are focusing on the demands on the Budget coming from the aging of the population and society's increasing medical expenses. America’s Budget Distribution Expense Item Percent Outgo breaks down to something like this:

Clearly the data indicates that social spending in the Roman Empire was generally at a very low level. However social spending tended to happen erratically in much larger amounts, depending on the Emperor of the day, and the need to win over public opinion. What is clear from looking at the two budgets is that the current U.S. budget has more regular proportions of social spending, especially in comparison to military spending. However, it should be noted that the U.S. budget looked much more Romanesque in earlier decades of the last century, notably during the 40s for WW2 and during the 50s in gearing up for the Cold War, where military expenditures were close to, and sometimes even exceeded, the Roman proportion.

The move from a Romanesque budget of the 1950s to current U.S. spending distribution has a lot to do with increased healthcare expenditures such as Medicaid, and the introduction of things like the Earned Income Tax Credit, and changes to Unemployment, Housing and Food Assistance Programs. Note that most of these social spending items included in the 30% fall under the grouping of "Means Tested Entitlements" which means that they make up the social safety net for people whose income and assets fall below a certain threshold.

The other primary social spending benefits or social safety net items are Social Security and Medicare, which apply to Retired and Disabled Persons and are not means tested. As noted earlier these benefits have been self-funded through separate employer and employee contributions (known as the "FICA taxes") for the past two decades and half. In general, rising medical costs affect both Medicare and the means tested healthcare entitlements such as Medicaid. In fact, one of the Historical Data Tables in the Budget shows total government spending on all health programs to have increased from about 2% of the Budget in 1962 to just over 10% by 1980, to almost 25% or one quarter of the Budget by the year 2001.

The USS Ark of Healthcare Reform

As anyone with a health insurance policy will tell you, healthcare costs under private sector coverage continues to rise. Overall, an increasing amount of America's total Gross Domestic Product (GDP - a measure of the total economy) is spent on healthcare. To keep score of the size of an economy and the size of national income people often talk about GDP . This measure of national income is also equivalent to Annual Consumption Expenditure plus Government Spending plus Investment - which are the only three places your money can go. That is, any income you get either goes to taxes, you spend it or you invest it. U.S. GDP is about $14.6 Trillion US dollars. Consumption Expenditure makes a Trillion dollars a year. Today healthcare expenditure makes up about 16.5% of U.S. GDP. About 30% of this is picked up in Government Spending; the rest is in private spending. At the current rate of growth, healthcare costs are predicted to nearly double to $4.5 trillion in the year 2019. At that point, those costs will account for 19.3 percent-almost a fifth-of our GDP. America spends more on healthcare as a percent of its GDP than any other developed nation, but has less public coverage for this cost and a large uninsured population. So, the high spending on healthcare in the U.S. must be explained by something other than a general concern that everyone has adequate care.

To a very large extent the high level of American healthcare spending is a result of America becoming victim of its own technological success, its sedentary lifestyle and a culture obsessed with longevity, overcoming natural cycles and the desire to "stay young". The latter appears to be common to inhabitants of Great Empires of the past. This cultural obsession, fed by medical technologies far superior to those of any other country, may suck up so much of the US economy that it won’t be able to sustain its global super power status. Indeed it is perhaps the very fear of this that is really driving the attempt to reform and redefine Healthcare, Social Security, Medicare and Medicaid.

Now moving on to some of these other expense items, it should be noted that "Other Spending" includes Foreign Affairs expenditure other than the expenses of maintaining the outer provinces of Israel and Egypt, which are included in the Military item. Under both Empires so-called "foreign aid" is or was an important part of keeping peace with peripheral provinces or countries. Unlike Rome, the U.S. also successfully uses loans through various multi-lateral institutions such as the IMF, World Bank and Inter-American Development Bank to maintain optimal relations with peripheral sovereigns.

This use of loans gets to one of the fundamental differences between Rome and America - the role and leverage of the financial system. The U.S. success is largely due to the success and complete faith in its monetary system. In contrast, the Roman Empire's monetary system was almost entirely metal based and while there was easy access to credit for the ruling classes this was not true for other classes. There appears to be much debate among historians about what stopped the Roman Empire from having an industrial revolution. But whatever one's opinion, surely a pre-requisite is a highly leveraged, monetary system with sophisticated, widespread access to credit. But Rome never got to such sophistication with its financial system.

This provides us with another reason why its success was always more driven by military conquest than anything else. In contrast, for the modern American superpower, financial influence is on a par with military power, and both feed off each other. The financial success of the American Empire has also made its tax collection process far more efficient than any previous Empire before. In Roman time the tax collector had to go door to door to collect heavy coins, cattle, feed etc. But still just like then the biggest problem being with collecting from the rich. Remember the biblical character of Noah and the Ark warned of an impending storm like no other storm in history. Well our storm has arrived in the form of healthcare spending. And if we don’t take swift action the USS Ark of Healthcare Reform will close its doors and sail off leaving the bulk of its people medically stranded and unprotected. And just like Noah’s Ark the USS Ark of Healthcare Reform will not have any place to dock instead it will continually drift in a sea of red ink! 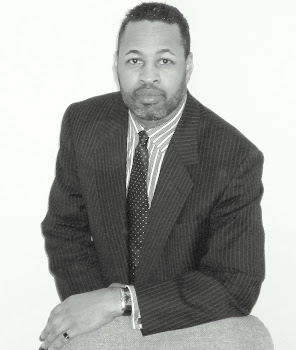 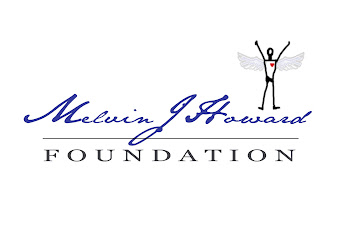 Watch surgery as it is happening